A pump shotgun offers many benefits to gun lovers: it’s affordable and versatile.

As long as your gun’s shell is the proper length and gauge, the gun can cycle ammo from the lightest to the heaviest ones.

How many bullets can a pump shotgun hold?

You’re looking at an average of three shotgun shells, however the gun might have a removable plug to enable it to carry more.

Capacity, however, is just one factor to consider, so let’s explore the best pump shotgun for hunting and home defense, and why you should purchase it, as well as four alternatives.

From high-capacity guns to guns that offer greater comfort and maneuverability, let’s check out the best pump shotguns on the market.

Why is this the best pump action shotgun on our list? It’s an all-round pump gun that’s got features you’d find in more expensive shotguns. Let’s check them out.

Charles Daly is a name associated with high-quality gun imports and has garnered a good reputation in the industry over the last 150 years. Let’s check out its 335 Field Pump Action shotgun in greater detail.

This best tactical pump shotgun is perfect for home defense because of how it’s powerful and has many other features to keep you safe. Let’s check it out in greater detail to see why it should be on your must-have list the next time you go gun shopping.

G-Force Arms is a reputable gun manufacturer that offers innovative guns. Their GF3 P pump action shotgun is versatile, thanks to its customizable options. With that in mind, let’s check it out in greater detail.

If you’re searching for the best pump shotgun for self defense, this one will tick all the right boxes. Let’s check it out!

After reading our reviews of the best pump shotguns on the market, you might be wondering if a pump shotgun is really the best choice for you.

To help you learn a bit more about this interesting gun, let’s explore some common questions, such as how much capacity pump shotguns have and if they’re difficult to use.

How many shots are in a pump shotgun?

As we’ve seen in our reviews, pump shotguns are commonly chosen for use in hunting, but they can also be excellent self-defense weapons or even target practice.

Earlier, we mentioned that a pump shotgun usually has three shotgun shells. Some guns come equipped with plugs that you can remove to increase the gun’s capacity to five or more bullets. As an example from our reviews of the best 20 gauge pump shotgun is the Mossberg 500 that can handle 5 + 1 bullets.

However, there are pump shotguns that offer loads more capacity than that, and these might be a better choice for you if you’re using the pump shotgun for competitions or target practice. An example of the best pump shotgun for the money that comes equipped with large capacity is the Standard MFG double barrel pump action shotgun in our list of reviews. It has a 14 + 2 round capacity.

Is it hard to pump a shotgun?

When we talk about pumping a shotgun, we’re referring to the action of reloading the gun. Generally, it is a bit difficult to pump a shotgun.

An example is if you’re using a spring design because you have to cock the spring. For some people, the pump action of this type of shotgun can feel stiff at first but with some practice it does get better.

How a pump-action shotgun works is that it holds multiple rounds of bullets in a single barrel. To release shells that have been used and chamber a new round, you have to pull the gun’s pump handle towards you. Then, you have to push it back so that it returns to its original position along the barrel.

You have to be careful not to short-stroke the gun. This is when you don’t manage to push the gun’s pump all the way back to its original position. What this does is fail to chamber the next round of bullets in the magazine, even though it might release the shell. The gun will effectively jam up on you, which can be extremely dangerous in a home security situation.

In order to prevent short-stroking your pump-action shotgun and get used to properly pumping it, here are some tips you should follow when loading the gun.

When pumping your shotgun, it’s essential to hold your gun in the correct way. Here’s a fantastic tip that will certainly help you if you’re a beginner or just struggling with pumping your pump-action shotgun.

1. Start by making sure you have the correct grip. This can be described as using your non-dominant arm to hold the gun and pull it in towards you, and keeping your dominant arm relaxed on the other side of the gun.

3. Avoid racking the slide too hard! While you might think you need to exert a lot of pressure on the gun, this can backfire because it will hit the back of the gun hard, which will produce a bounce and make it more uncomfortable for you.

So, forget what you’ve heard about using as much force as you can to rack the gun’s slide. That’s not going to help and it will start to feel uncomfortable or even painful after a while. Less force and more control is the best way to handle your pump-action shotgun to ensure its peak performance.

Are shotguns banned in war?

Shotguns are not usually used during war situations. This is as a result of their lack of range. That said, there are times when soldiers will rely on their shotguns. Examples include when they’re fighting in close proximity to their enemies or clearing trench lines.

Although in the past countries such as Germany have insulted the American use of the shotgun and tried to get it banned, currently the shotgun is still a staple for many troops. For example, in Iraq, shotguns are used during combat and for other tasks, such as breaking hinges to gain access to buildings.

The use of slugs is also popular. Sometimes shotguns are also equipped with rubber pellets which have made them quite versatile and less lethal for use in combat or riot situations.

It’s thanks to gun designer John Browning for the development of both the shotgun and the pump-action shotgun. He introduced his Pump Action Shotgun design in 1893, which was considered an exciting milestone in the manufacturing of guns. A few years later, he also patented the Browning Auto-5, which was considered to be the world’s very first semi-auto shotgun.

During World War One, American forces made use of 12-gauge pump-action shotguns when fighting at short distances in the trenches. Since they were successful then, these types of guns became a valuable weapon for use in law enforcement, military activities, and they were also used by civilians.

During World War Two, shotgun usage dropped a little in Europe, but it was still a favorite for the U.S. marines who chose this weapon as a result of how it didn’t jam, even when put through damp and humid conditions in the Pacific.

The U.S. navy also used these guns to protect their ships when they were in Chinese harbors, while the U.S. Army Air Forces chose pump-action shotguns to protect aircraft on the West Coast of the United States and across the Pacific, to ensure that saboteurs couldn’t get to them at air bases. Bomber gunners would also use pump-action and semi-automatic shotguns for marksmanship training during this time.

To this day, shotguns are used as specialized weapons during war. Still, they’re not as common as other guns, such as rifles, carbines, and submachine guns. That said, the shotgun has become much more commonly used in law enforcement, mainly because it can be equipped with less lethal ammunition, such as tear gas shells.

Are shotguns still used in the military?

As we touched on in the previous section, shotguns are a favorite gun choice for the military. While shotguns were originally meant to be used for hunting, the military uses them for tasks such as close combat.

They are a bit too specialized so they won’t replace assault rifles any time soon, but they are still a valuable weapon for the military. During combat, soldiers navigate a lot of different terrain, and some are best explored with a trusty shotgun at hand.

Back in World War One, the use of “trench” shotguns was popular. This was when shotguns were fired down the length of a trench. The shots were considered to have a greater chance of striking enemies than single bullets that were released by bolt-action guns.

Currently, shotguns are part of the NATO and U.S. weapon arsenals. The U.S. Marine Corp uses guns such as the Mossberg 500 Series Pump Shotgun and M1014 semi-auto shotgun.

As for the  U.S. Army, they’re trading in the Mossberg 500 Series for the M26 Modular Accessory Shotgun System (MASS). This type of gun can be used with a shoulder stock or on its own, but it can also be fixed underneath the M4 carbine barrel.

The pump shotgun is a valuable gun to have in your arsenal, whether you’re looking for a powerful gun to take on hunting trips when turkey is on the menu, or if you want to protect yourself at home.

In this article, we’ve looked at the best overall pump shotgun, followed by four alternatives to increase your prowess in the bush, during target practice, or when protecting your home against external threats.

We’ve also answered some common questions related to pump shotguns, such as when it comes to their presence in war conditions and how to properly load as well as pump them so that you have the best experience when using this valuable firearm. 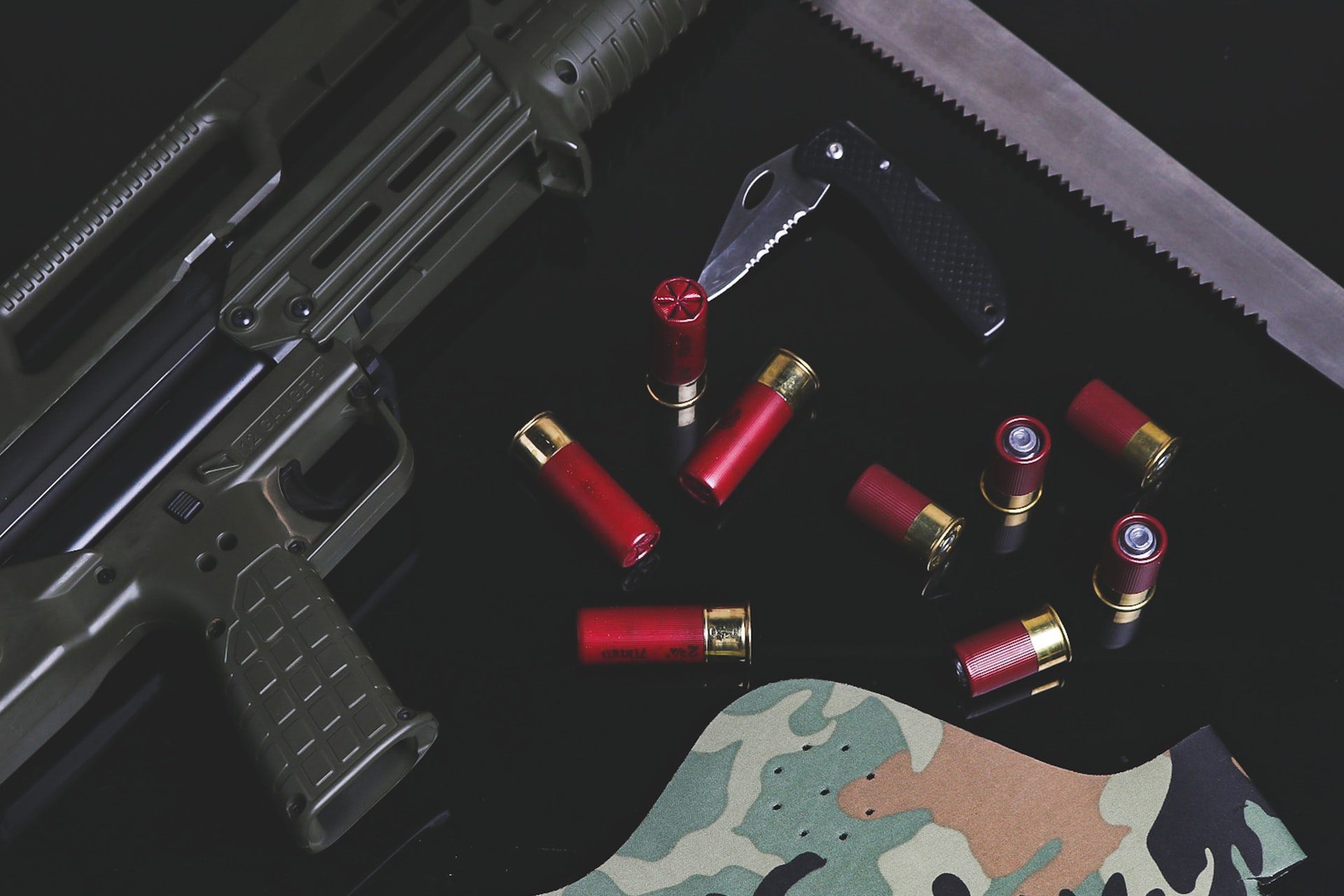 Vertical Grip On A Shotgun: Is It Allowed? 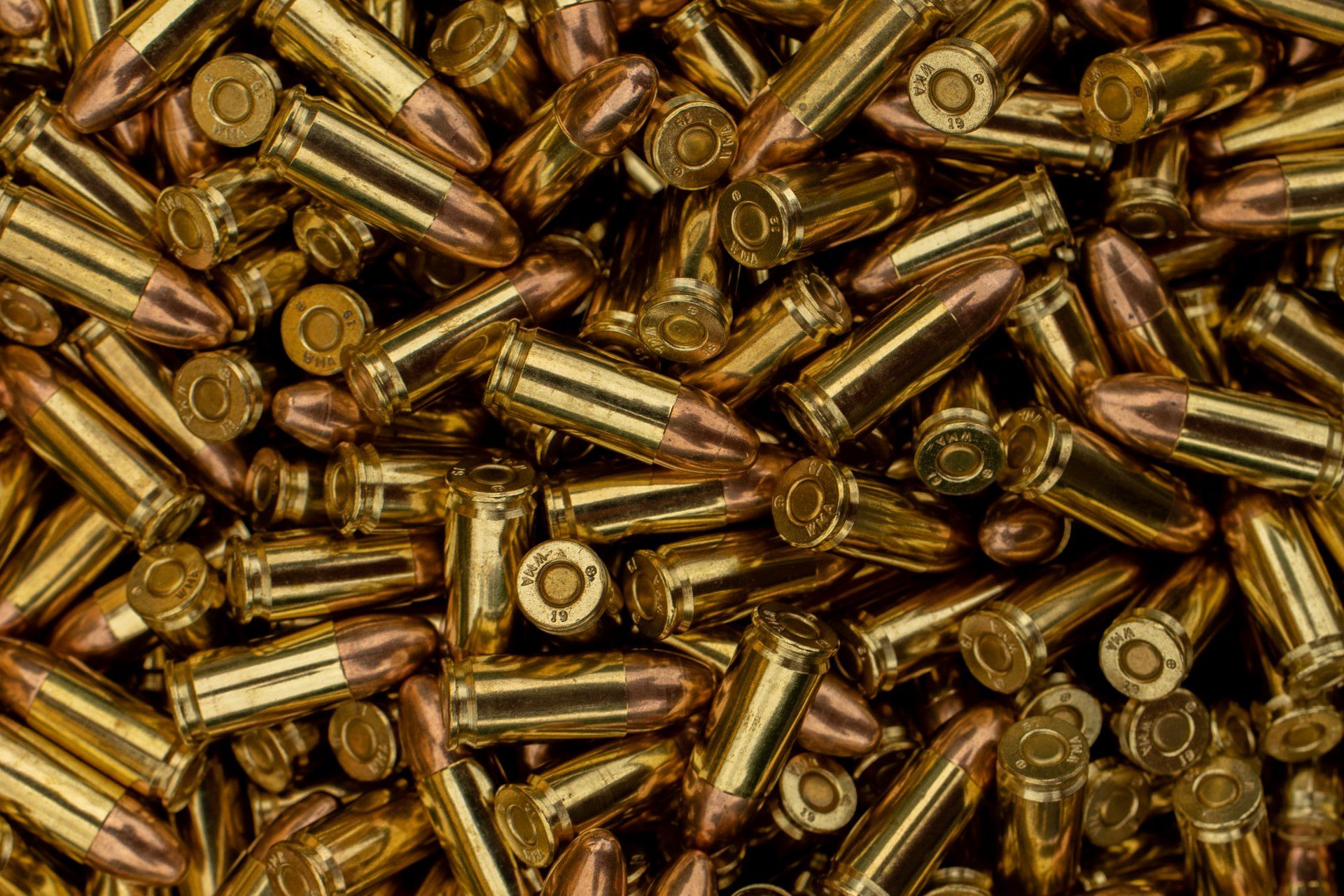 Should You Trim Your Pistol Cases? 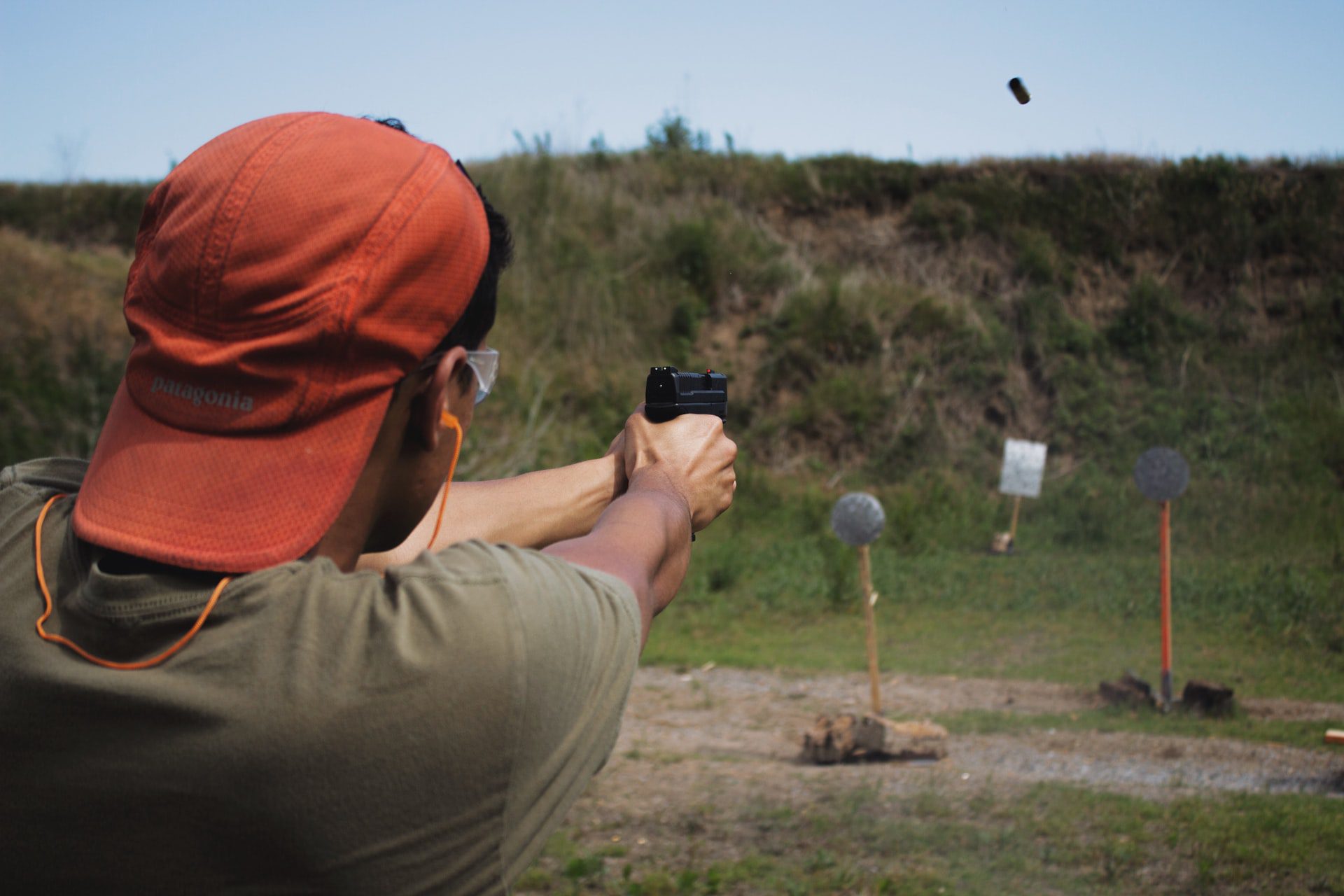 Ever Wonder Why Some Guns Don’t Have Safeties?