Known as the American rifle, an AR is usually called an assault rifle.

But the truth is that “AR” stands for “ArmaLite,” the manufacturer of the original rifle. Interestingly, the AR-15, which is extremely popular among gun enthusiasts, didn’t become mass produced for civilians until the 1980s.

But what about AR pistols, and how do they fare? What, exactly, is an AR pistol?

This type of gun has a shorter barrel and buffer tube so you can’t attach traditional stock to it. An AR pistol is usually built on an AR-15 receiver.

While that might not mean much to you if you’re a beginner, here’s the most important thing you should know: AR pistols are easy to use and carry, as long as they’re compactly built. Plus, they’re easy to handle while being ergonomic.

You might want to own an AR for target practice, self-defense, or hunting, so here’s our guide to the best AR pistol on the market 2021.

We start our reviews of the best AR pistols with this gun by Palmetto State Armory. You can shoot 30 rounds with this AR pistol, but what else does it have to offer and why is it on the top list of our reviews? Here’s what you should know about it.

Fostech makes use of LITE technology that gives the alloy in their guns a 30 percent lighter feel than the use of aluminum, without compromising on strength. Sounds interesting, right? With that in mind, let’s check out their Tomcat pistol.

Foxtrot Mike Products is a gun manufacturing company that provides affordable and high-tech guns to the public, giving you the best of both worlds. Their FM9 AR pistol has some great features that an AR enthusiast will enjoy. Let’s take a closer look at them!

Palmetto State Armory makes our list of the best AR pistols again, this time with their Classic Shockwave gun. Let’s check it out.

It used to be something unusual, but 300 Blackout has become a well-known caliber. It offers many benefits, such as giving you greater versatility: it can be used to turn your gun into a self-defense pistol or for  hunting purposes. Let’s see what this PSA AR pistol has to offer by checking out its many features.

Buying an AR pistol can be a bit tricky, especially if you’re doing so for the first time.

It’s not legal in every U.S. state to own an AR. That’s something important to consider when it comes to purchasing an AR pistol. So, with that in mind, let’s explore some important questions about AR pistols and their usage.

Can I carry an AR pistol in my car?

Having an AR pistol in your car can be problematic, such as if you’re travelling over state lines. This is because different states and cities in the U.S. will have different laws when it comes to how you store your gun during travelling.

For example, some have rules that your gun should be disassembled, cased, and unloaded when stored in your vehicle, and California is an example of one of them because it states that you can carry a concealed gun in your car if you have a concealed carry permit, the weapon has been disassembled, and it’s in a locked compartment in your car. That said, you are allowed to openly carry a long gun in your car without a permit but it has to be unloaded.

Other states, with an example being Wyoming, allow you to engage in the open and concealed carrying of loaded guns that are in your vehicle – and you don’t require a license. Generally, though, most U.S. states will be somewhere between the two extremes, with varying restrictions.

You might also require a concealed carry permit if you’re a gun owner. The good news is that owning an AR15 pistol will likely mean that you can use the same permit you have for it because this is a pistol and not a rifle. In this way, having an AR15 pistol with you when you travel somewhere by car shouldn’t be a problem.

What states are AR pistols illegal?

AR15 rifles are not legal in every state, but the situation changes a little when it comes to AR15 pistols. These are considered legal in most places.

However, you have to be careful when it comes to the parts you want to attach to your gun because if you’re using parts that belong to a rifle, this could land you into trouble as a result of restrictions placed against AR rifles. As long as you have a legal AR15 pistol – in other words, one that doesn’t have parts that are meant for rifles – then you should be fine!

Basically, you have to ensure that you maintain the correct build for your AR15 so that it doesn’t become an illegal weapon. This is to prevent the pistol from becoming a firearm.

So, an example of a rule that you need to abide by is that the gun’s length of pull (LOP) should not be longer than 13.5 inches. You can measure it in a straight line from the trigger face to the back of the brace (which will be its most extended position). It’s also important to consider the overall length of the gun. This is the length from the muzzle to the back of the brace. If this measurement is longer than 26 inches, it could cause the pistol to become labelled as a firearm by authorities.

Although AR15 pistols are generally considered to be legal, and they don’t come with the same restrictions you’ll find with AR15 rifles, short-barreled rifles are another story. This means that you need to take the length of your AR pistol into account. Its barrel should be at least 16 inches in length so that it’s legal. If it’s shorter, then you will need an SBR tax stamp from the Bureau of Alcohol, Tobacco, Firearms and Explosives.

It’s also worth noting what the handgun laws are in your state when it comes to concealed and open carry, as these can vary quite a bit from one region to the next. For example, in Alabama, you can open carry your handgun but it needs to be in a holster. You need a permit if you want to conceal carry your gun. In Maine, on the other hand, you don’t need a permit in order to open carry or conceal carry your handgun. Then, there are states where open carry is completely prohibited, and an example is New York.

Finally, some U.S. states have outright bans against assault weapons. While you might think this doesn’t apply to AR15 pistols, an assault weapon is any pistol (or shotgun, or semi-automatic rifle) that has features such as being compatible with detachable magazines. There are basically eight U.S. states that ban assault weapons. These are New Jersey, New York, the District of Columbia, California, Hawaii, Connecticut, Massachusetts, and Maryland.

After reading earlier sections in this article, you know that AR stands for ArmaLite, not assault rifle as is often the misconception. But, you’ve probably wondered what the “15” in AR15 means.

However, it’s worth noting that you can find other AR models, but some of them have become obscure. For example, the AR1 was developed as a bolt-action rifle and a prototype for this gun was created in 1954, but it didn’t get developed further; and, the AR13 was a hyper-velocity machine gun that was made for aircrafts. You’ve probably seen AR10 rifles on the market, and these are sold to civilians as they are quite popular, just like their AR15 counterparts.

Are AR pistols worth buying?

There are many benefits to purchasing an AR15 pistol. These are light in weight and have low levels of recoil, which makes them suitable for beginners and advanced shooters alike.

Since they’re compact, AR15 pistols are easier to maneuver in small or tight spaces. These guns don’t have very long barrels that stick out in the gun’s design, which further adds to them being compact. If you want greater ease when travelling with your AR15, a pistol makes sense because you will be able to conceal it easily.

When it comes to shooting accuracy, an AR15 pistol has some beneficial traits that make it a good choice if you want to improve your accuracy. Since it’s light in weight, this makes handling it, as well as regaining your target, much easier and faster. In this way, it can work as effectively as a handgun.

These pistols generally allow you to customize them a lot, which is great because those upgrades will make you feel like you’ve got a new gun. You can add laser sights, optics, and even lights to your AR pistol without a problem. Then, there are also options you have when it comes to customizing the grips, upper receivers, and barrels.

If you want to buy an AR pistol, this will be easier to carry and conceal than an AR rifle, which immediately makes this type of gun a much more appealing prospect. But AR pistols also have other benefits, such as how they’re both reliable and accurate.

In this buying guide, we’ve looked at five of the best AR pistols for you to purchase. We’ve also helped you through some perplexing issues surrounding AR guns, such as when it comes to their legal status.

Although the laws and restrictions on gun usage in the U.S. can vary quite a bit from one area of the country to another, and sometimes unusual rules seem to be in place, the good news is that AR pistols generally tend to be less restricted than AR rifles. 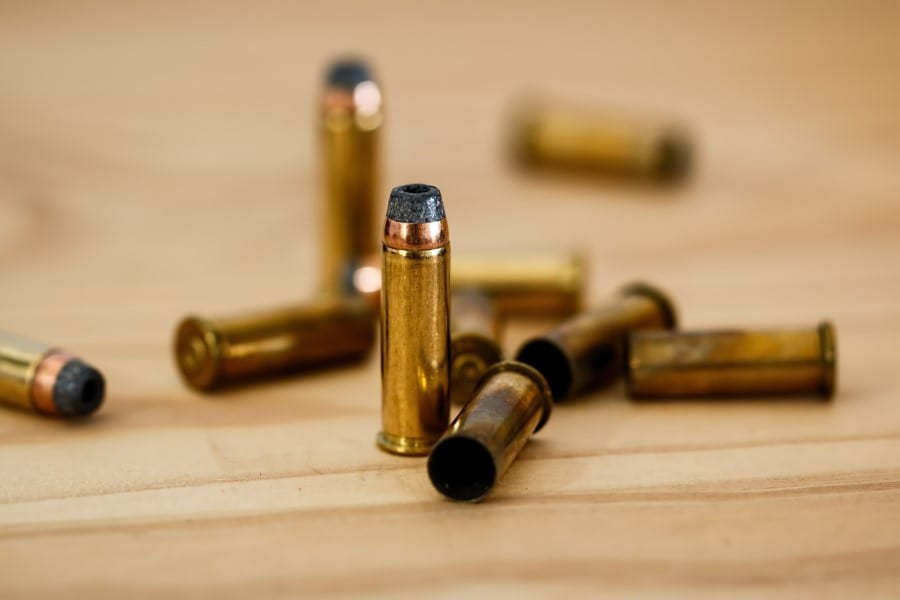 How Long Does Ammo Last? 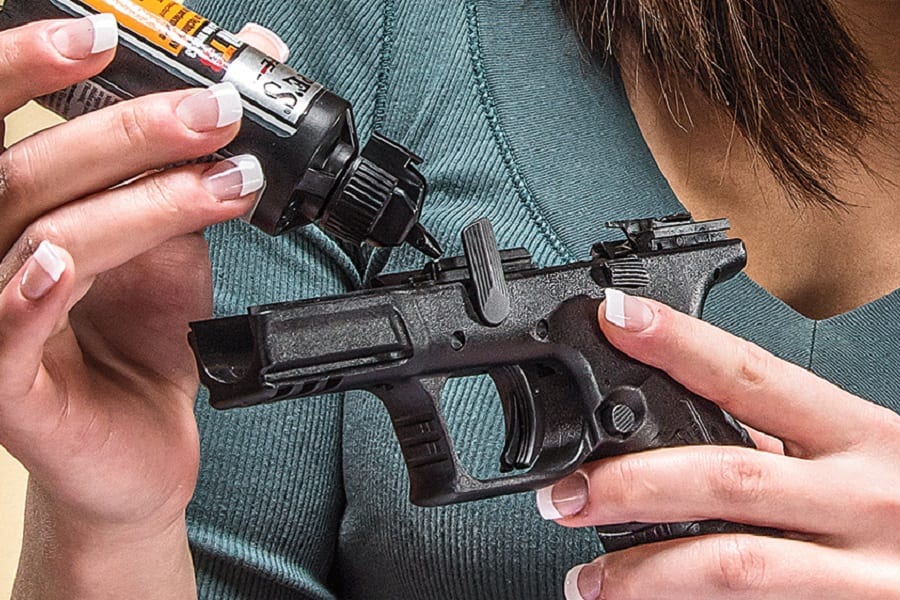 How To Clean A Gun 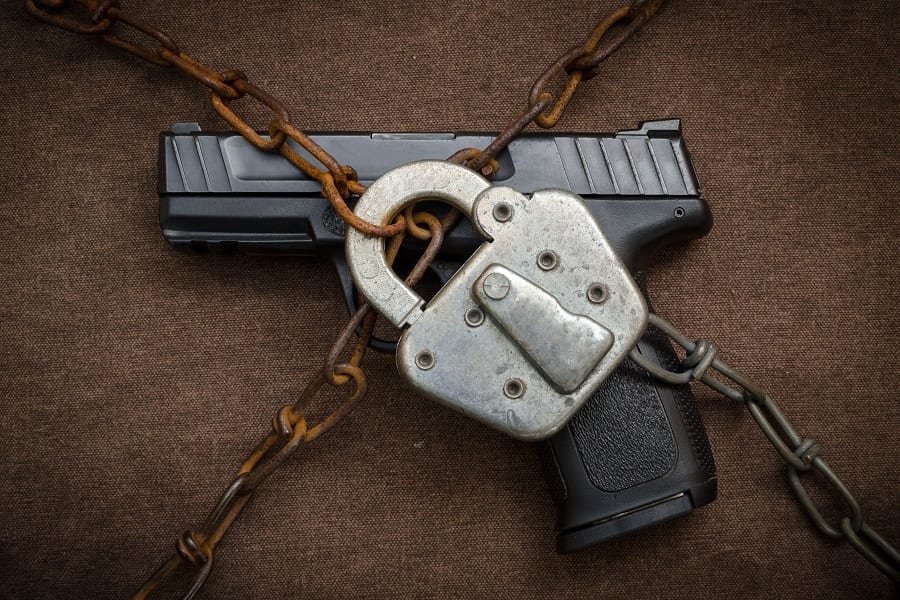 Top Gun Safety Rules Every Gun Owner Should Know About